Burning Man as seen through the Eyes of Gawd...

The Black Rock Sky is the page background 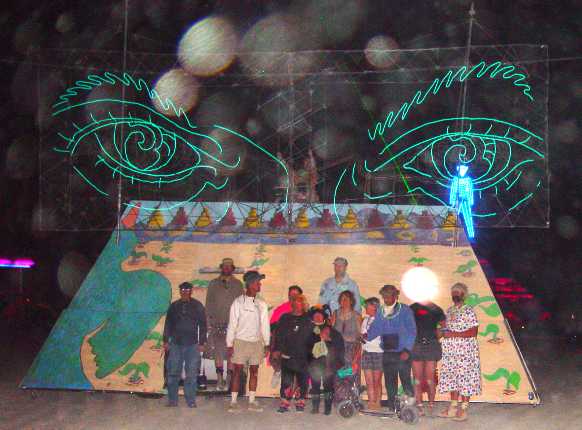 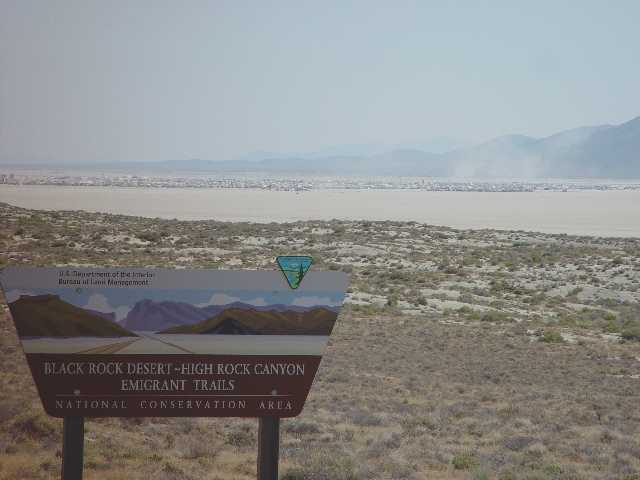 We kicked up a lot of dust out there

Our city surrounds the Man 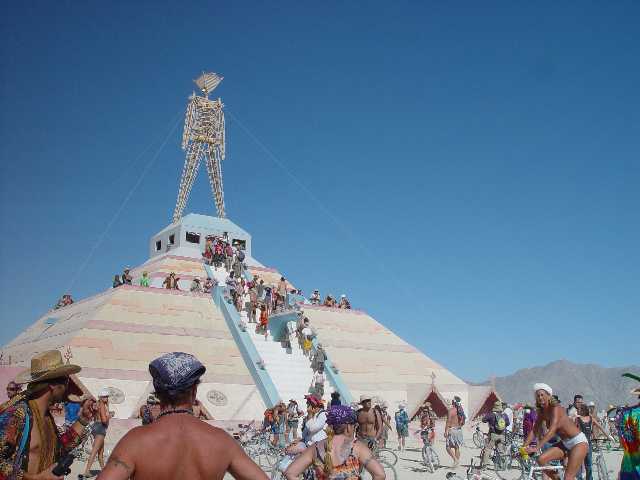 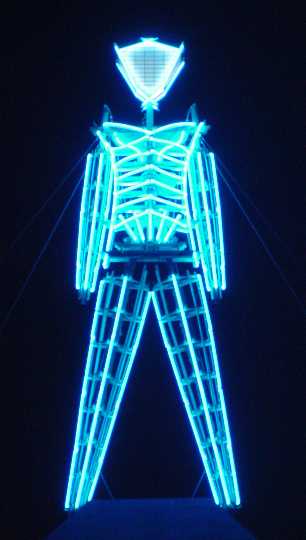 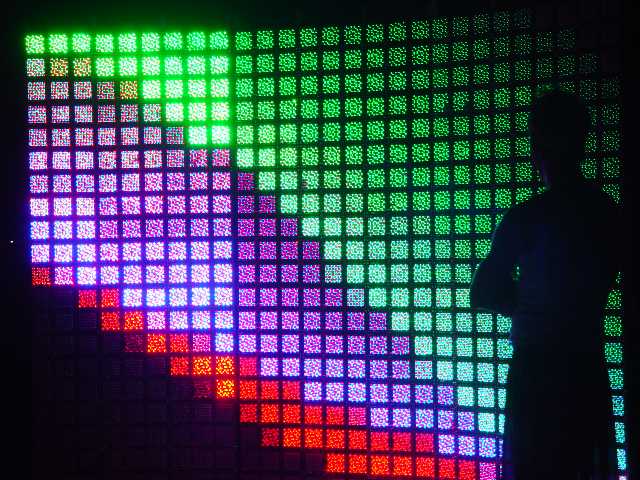 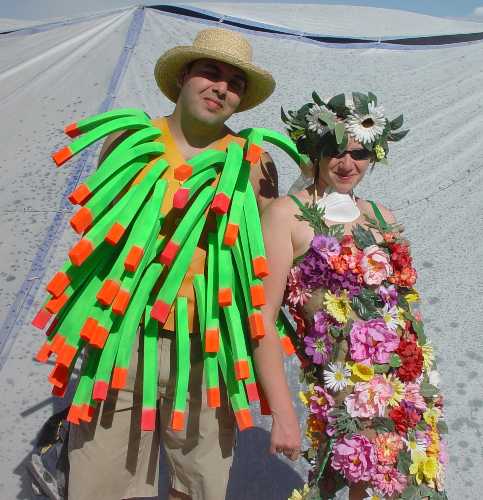 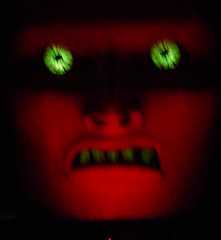 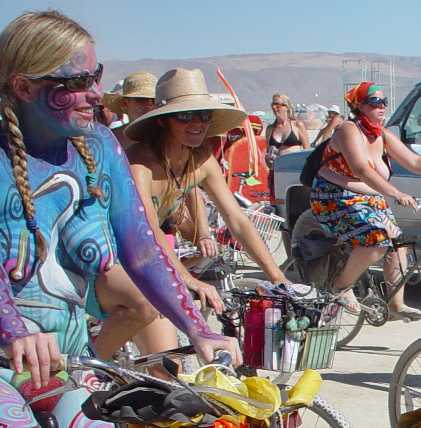 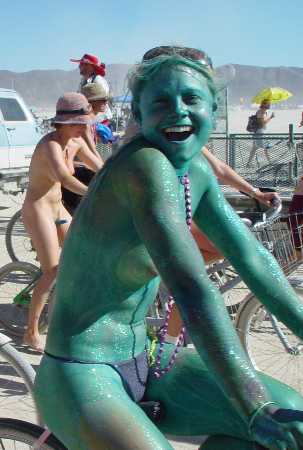 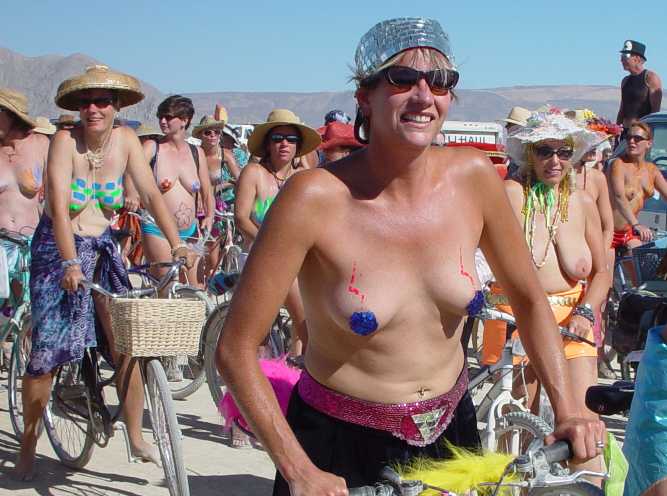 More of the Women of Black Rock riding for freedom 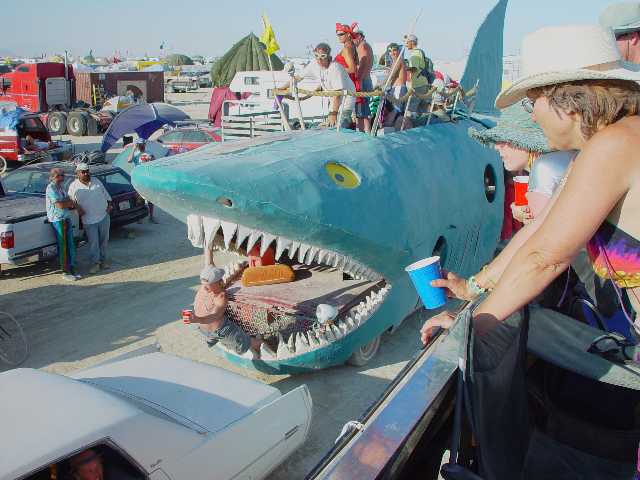 We took a ride in the Ziggurnaut and ended up in the DPW parade! 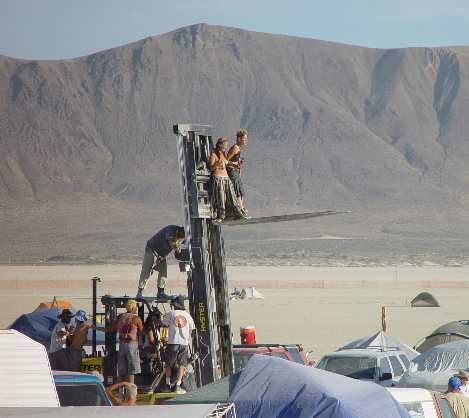 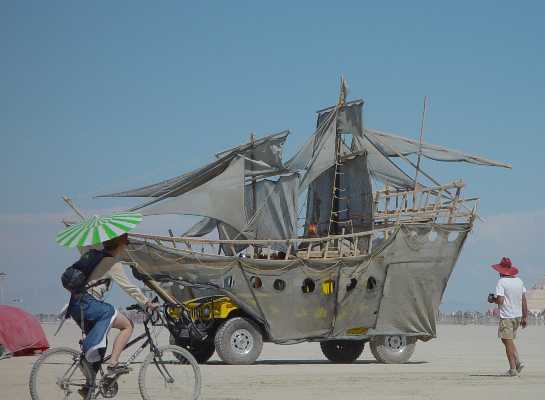 Interesting use for a Hummer... 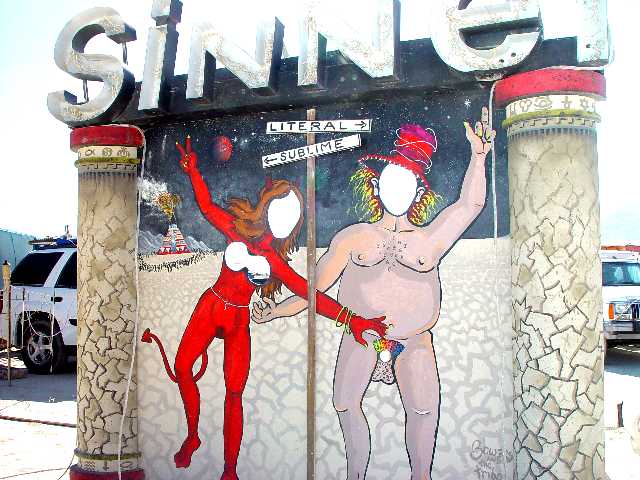 Above - The big draw!  Our photo opportunity always drew a crowd, and was lots of fun.

Below - It was also deemed obscene by the county sheriff.  Jim discusses the problem. 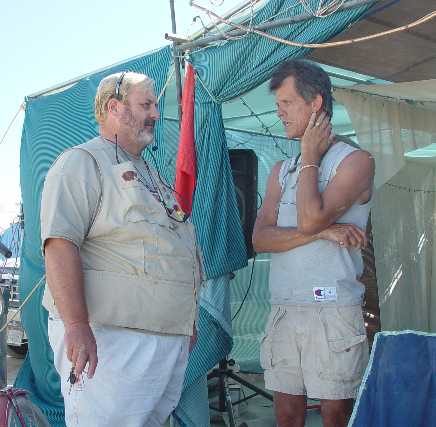 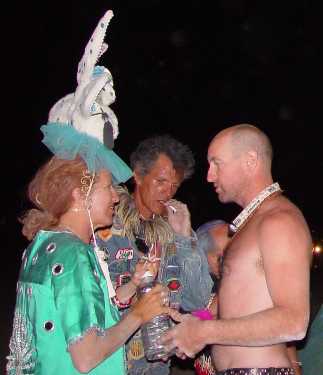 Lady Bee, Jim Bowers and Mike Tackaberry get ready to ride the Ziggernot 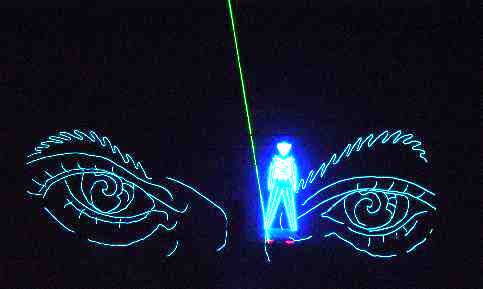 As we drove the EoG about, the views were striking

The playa dust made Gawd blink a lot... 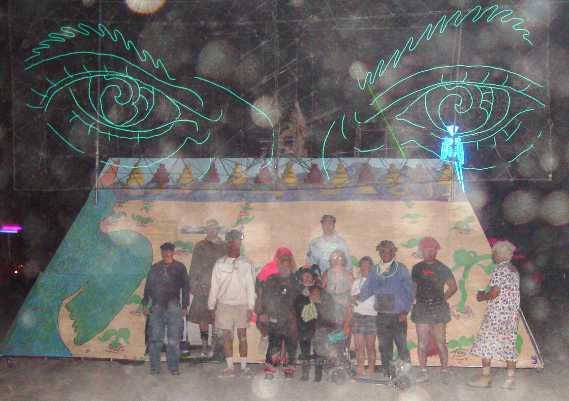 Dust so thick it looked like snow to the camera, the loyal support crew braves the blow. 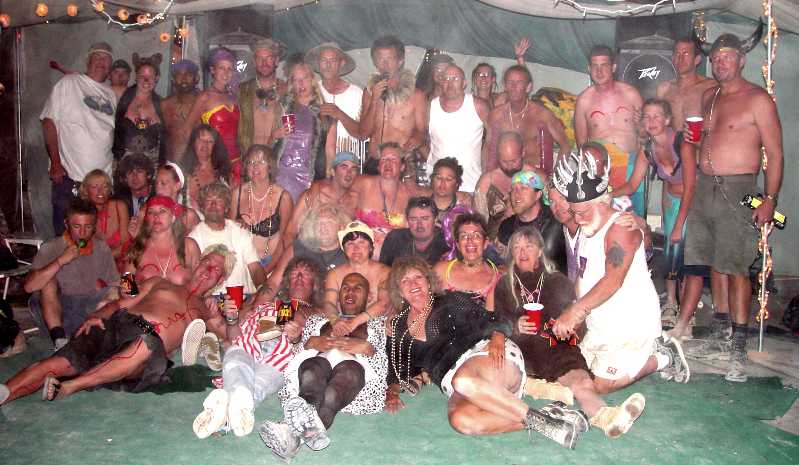 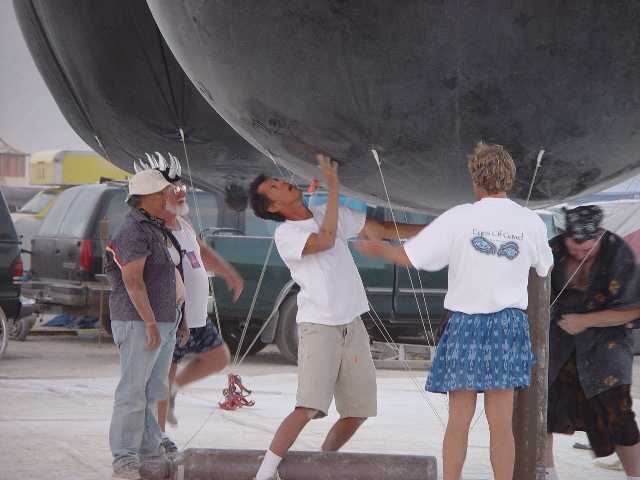 Our clueless leader checks the balloons for inflation. 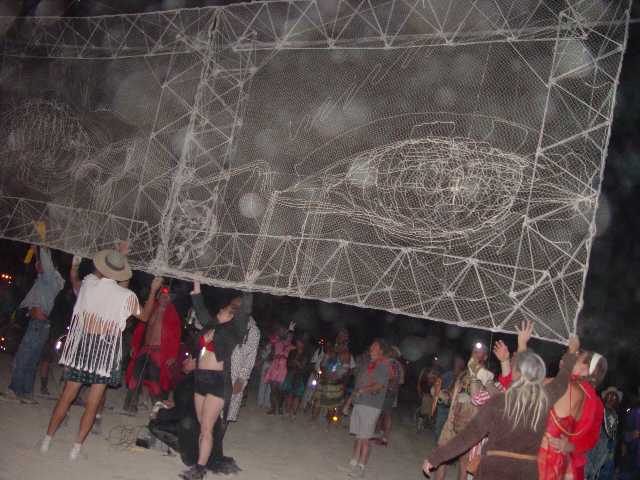 The first (and only) flying of the Eyes of Gawd.  Our crew releases them to the sky. 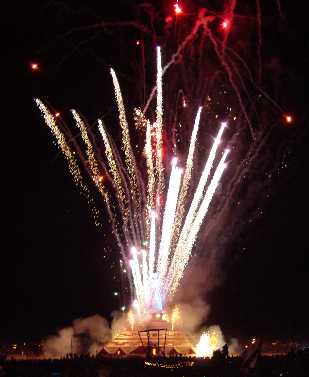 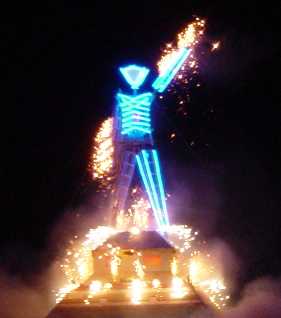 The Burn began with a bang this year, and fine pyrotechnics! 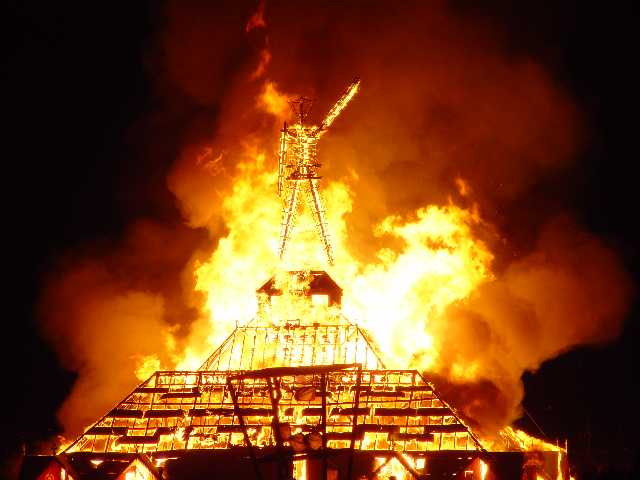 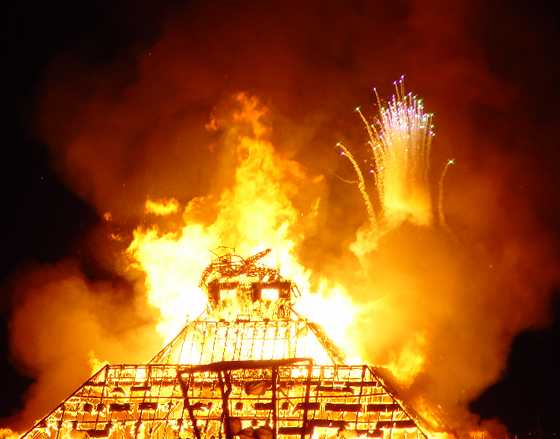 The Man collapses and falls toward us. 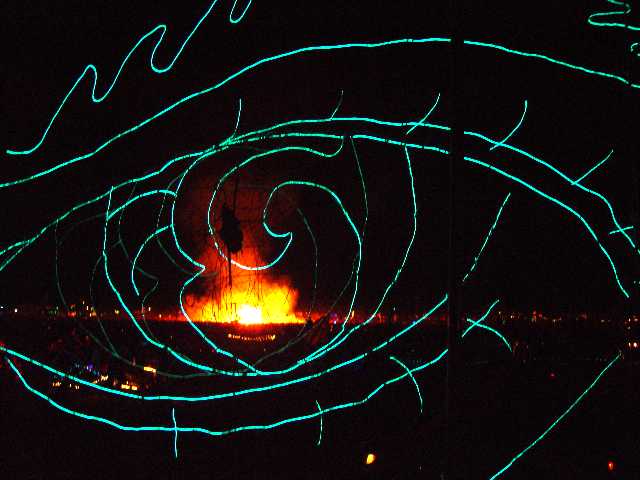 The Fire of Man through the Eyes of Gawd 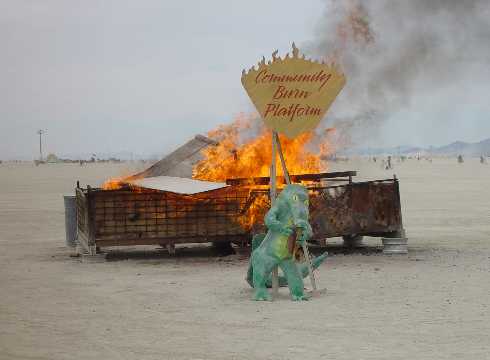 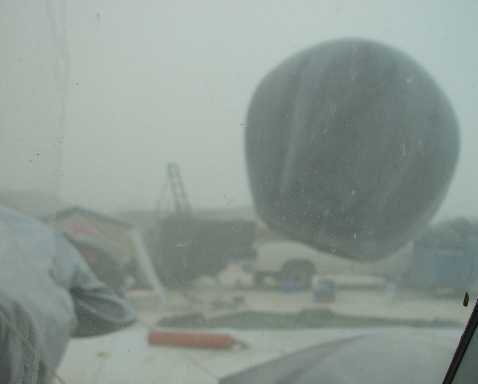 Sunday brought a stiff blow that left a foot long rip in one of our balloons.

My most sincere love and thanks go to the wonderful members of the Tribe.  They truly are the mark of civilized honest folk that I'm proud to count as my friends and campasinos.

Go to my evil twins homepage! Building the Eyes of Gawd, pix of my cat, Puck and more.

Comments or Questions? I would love to hear from you!

How many more must see this?