A Pulse Jet Engine with no moving parts! 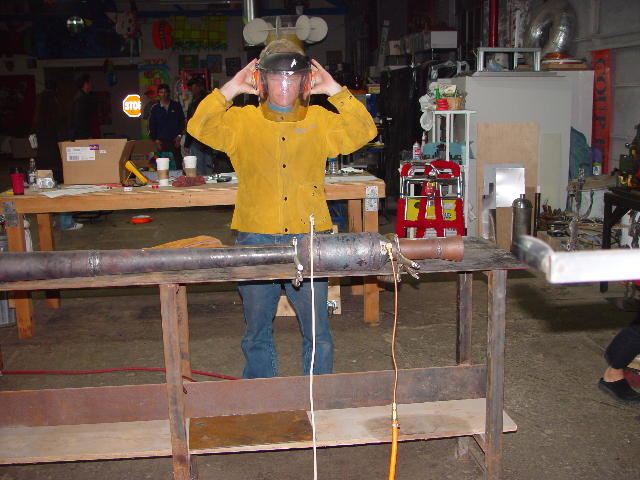 Tom adjusts his safety shield so he can add air to get the thing started.  On the left of the combustion can is a spark plug for initial firing.  On the right is the propane inlet.  The left trumpet is the resonant chamber, and right end is the air intake.  The explosion occurs in the chamber (center) driving gases out both directions.  This creates a vacuum in the chamber, which sucks fresh air in the right end, for fresh combustion air, and sucks the hot air back in from the left, which ignites the fresh mix, starting the cycle all over again. 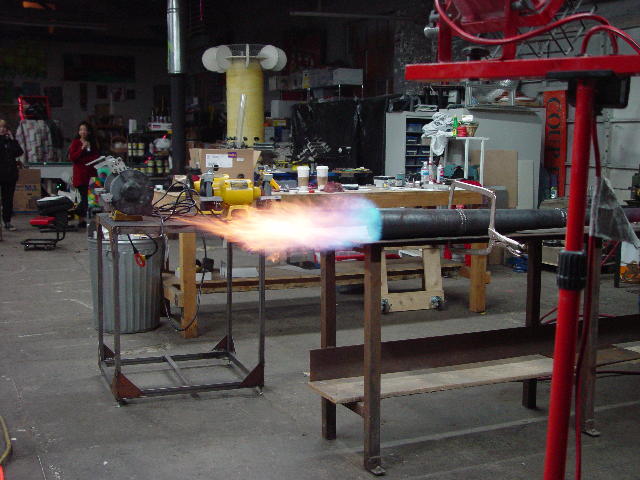 This was not while running, but while trying to get it to fire on it's own.  Many explosions and just burning propane occurred while firing it up.  Note the Tesla coil in the background, another fun toy! 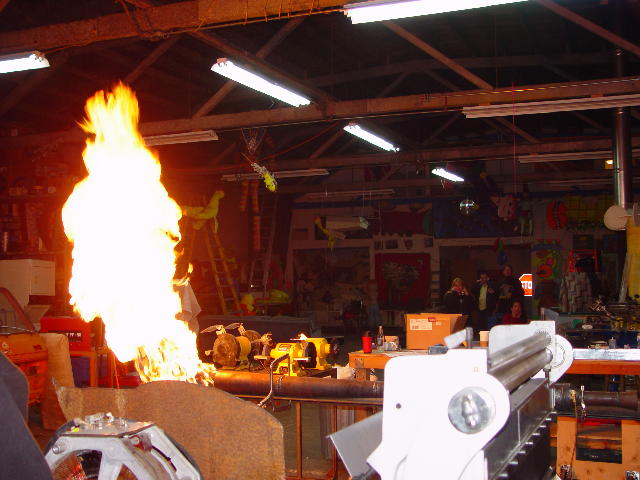 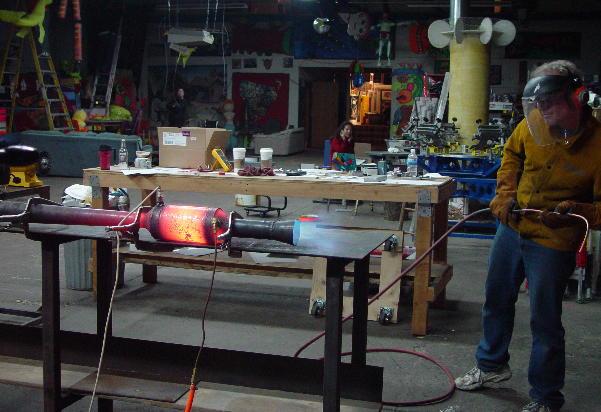 When it started resonating and firing itself, the sound was awesome.  A chest pounding 15 to 20 cycles it sounded like.  Loud?  Well, hell yeah it was loud and a half....   Chris Brick described it -- "A different sort of resonance. Namely a valveless pulsejet engine. We built one and it's loud as all hell and shakes your insides like a $2 buffet in Sparks, NV."

Yes, that it did!  It also got very hot, as this shot after shut off shows...

All in all, it provided for a hell of an alternative to the Super Bowl, which was on while we played. The HorseCow Gallery on Del Paso Boulevard was the surreal location for this fun event.